The Quimby Church started in Secaucus over 20 years ago by Reverend Emeritus Lucia Faugno. As a minister of Christian metaphysics, she bases her ministry on the teachings of the Bible in principle and practice as interpreted by Quimby and his followers. Outlined below is a brief history of Quimby, a pioneer of new thought, and a summary of his teachings.

Phineas Parkerhurst Quimby was born in 1802, and became a professional clock maker in the New England area. When he was 38 years old, he discovered that one way to overcome physical pain was through the art of mesmerism. After a brief time though he came to realize that mesmerism was lacking and limiting. Though it eased the pain (the effect) it did not resolve the problem (the cause). He came to refer mesmerism as “Humbug!” He believed if thoughts could control the mind, then relaxing the mind from any thoughts would free the body of pain. Later he came to understand that disease was also connected to the state of mind and could be overcome through being receptive to the study of spiritual science. He was believed to possess an extraordinary ability in detecting the hidden causes of suffering. He felt that the study of spiritual science through the teachings of Jesus Christ was the basis of true knowledge and the source of true wisdom. It was here in this Truth, the body could be made to be subservient to the Divine Spirit within, instead of the Spirit being a slave to the body’s outer form manifesting in disease. It was in this understanding that we are of Christ Mind and therefore we could heal from the illusions of human malady and our practice in error thought of duality. That in Christ Mind there is no separation or duality but only God Consciousness; and in God Consciousness all is well.

During 1859 till the end of his life in 1866 he devoted himself to the healing of the sick mostly in Portland, Maine. His teachings were not to establish a religious creed but to make man aware of the teachings of Jesus and how they can be applied to healing the sick and suffering. Although he himself did not write any books, the hundreds of manuscripts he wrote were shared among his students who published books and founded healing centers based on his teachings. In 1921 Quimby student Horatio Dresser was given permission to print the Quimby manuscripts which has been noted as the most important contribution to the subject of spiritual healing that was ever published. These manuscripts are now in the Library of Congress and are available for research. From these beginnings, Christian Science, Divine Science, Unity, Religious Science, and other centers have evolved in the United States, each having the basic foundation from Quimby’s teachings but each having its own focus of the teachings.

Reverend Lucia Faugno, Minister of the Quimby Church in Secaucus, NJ first started out as a truth student, teacher, and Board Member of the Unity Church of Teaneck. Over many years of service, she was introduced to Dr. Ervin Seale by another church member, Dimas Avilo. She then continued her studies with Dr. Seale at Quimby Memorial Church in New York and was ordained minister in 1989. After the passing of both Dr. Seale and his Associate Dimas Avila in 1990, Quimby Memorial Church and Foundation underwent a significant change and re-organization. In 1991, Quimby Foundation dissolved and its funds were distributed toward continuing Quimby Memorial Church and adhered to the following resolution:

Royalties of the sale of future publishing’s of said volumes will revert to the endowment for the client hereunder. Director of the Operations of this endowment shall be Dr. C. Alan Anderson of Curry College. If Dr. Anderson is unable or unwilling to serve as Director, Curry College may appoint an alternate Director.”

When Reverend Lucia became a minister, she devoted all her time and attention to the Quimby Church, holding meetings and classes in her home in Fairview, NJ. As a new minister, she also wanted to find a facility to hold church services. Since her daughters were living in Secaucus, she began her ministry there. Her first church services were held in the Courtyard Hotel, with an organist and a small group of church goers. After almost two years at the Courtyard Hotel, Reverend Lucia decided to move the church to the Marriott Hotel in Teaneck, hoping to build up the congregation. It soon became evident that this location was not conducive to developing a bigger audience and the space at the hotel was not reliable.

Through the efforts of church member and singer Lisa Van Heldorf, contact was made with Reverend Mark Lewis, pastor of The Church of Our Saviour, an Episcopal denomination in Secaucus. Coincidentally, around 1998, Reverend Lucia and her husband moved to their new home in Harmon Cove and became Secaucus residents, near her family.

For over twenty years, Quimby Church settled into the Episcopal Church on Flanagan Way in Secaucus, a pre-fabricated structure from Sears & Roebuck catalog, which provides a traditional church setting with wooden pews, stained glass windows and pipe organ. Quimby Church rents the chapel for Sunday services from 11 am to 12 noon and for classes in Quimby philosophy from 12:30 to 1:30 pm every Sunday. Around 2004, With its new location in Secaucus congregation has attracted not only local residents but from as far away as Fort Lee, Scotch Plains, Jersey City and Hackensack. Quimby Church is well established in Secaucus, and successfully continues to teach Quimby philosophy to its congregation and serve the community in its healing practices.

After Rev. Lucy Faugno retired Rev. Mary Emma Dryden (Senior Minister) and Rev. Dr. Craig Harris (Associate Minister) continued holding services. After eleven years In 2020 Quimby Church decided to go via Zoom for its church services and continues to do so in 2022.

Article written by Adele Harris from interviews with Rev. Faugno

30-minute reading from that day’s page in Daily Studies in Divine Science. Join us on ZOOM. For access information contact us via phone or email 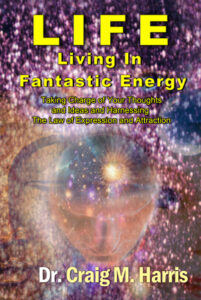 Take charge of your thoughts and ideas and harness the law of expression and the law of attraction.

We are creative beings. We are consciousness as one with the whole universe. We are not our thoughts we create our thoughts and from the invisible we can bring them into the visible world. This is what we do, but often it is done with little regard to the truth that we are in charge.

We cannot blame situations or people for what we think or feel. We make those choices in all of our situations. We are created in the image and likeness of life itself. A life that is infinite and timeless, all good and all powerful. The more we understand the science of these laws and principles, that the universe functions and expands in, the more we can take charge of our life and our destiny. We are spiritual beings having a human experience.

Become more in touch with your innate self and the power of your inner most potentials; peace, wisdom, grace, knowledge, empowerment, joy, and love. At the end of each chapter in this book there are lessons and guidelines to follow. Live In Fantastic Energy for it is LIFE!

Order Your Book or Kindle Here